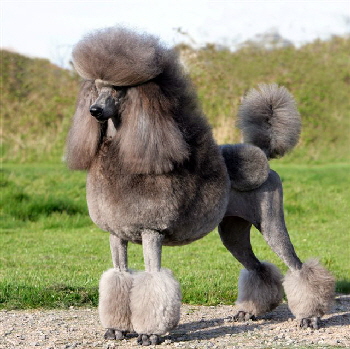 Ch. Am. Ch. Kaylens Keeper of the Stars

Aurora is Alibama's first silver standard poodle she was imported from Kaylen's kennel in America
Aurora gained her American championship as a puppy and even won a group.
She has also won well here in England achieving 5 CC's and 6 RCC's to date, making her the top winning silver standard poodle of all time in the U.K.

She has been hip scored, SA and eye tested and is also DNA tested clear for vWD and
Neonatal Encepalopathy